Dr. Ramesh Pattni awarded the OBE by the Queen of England 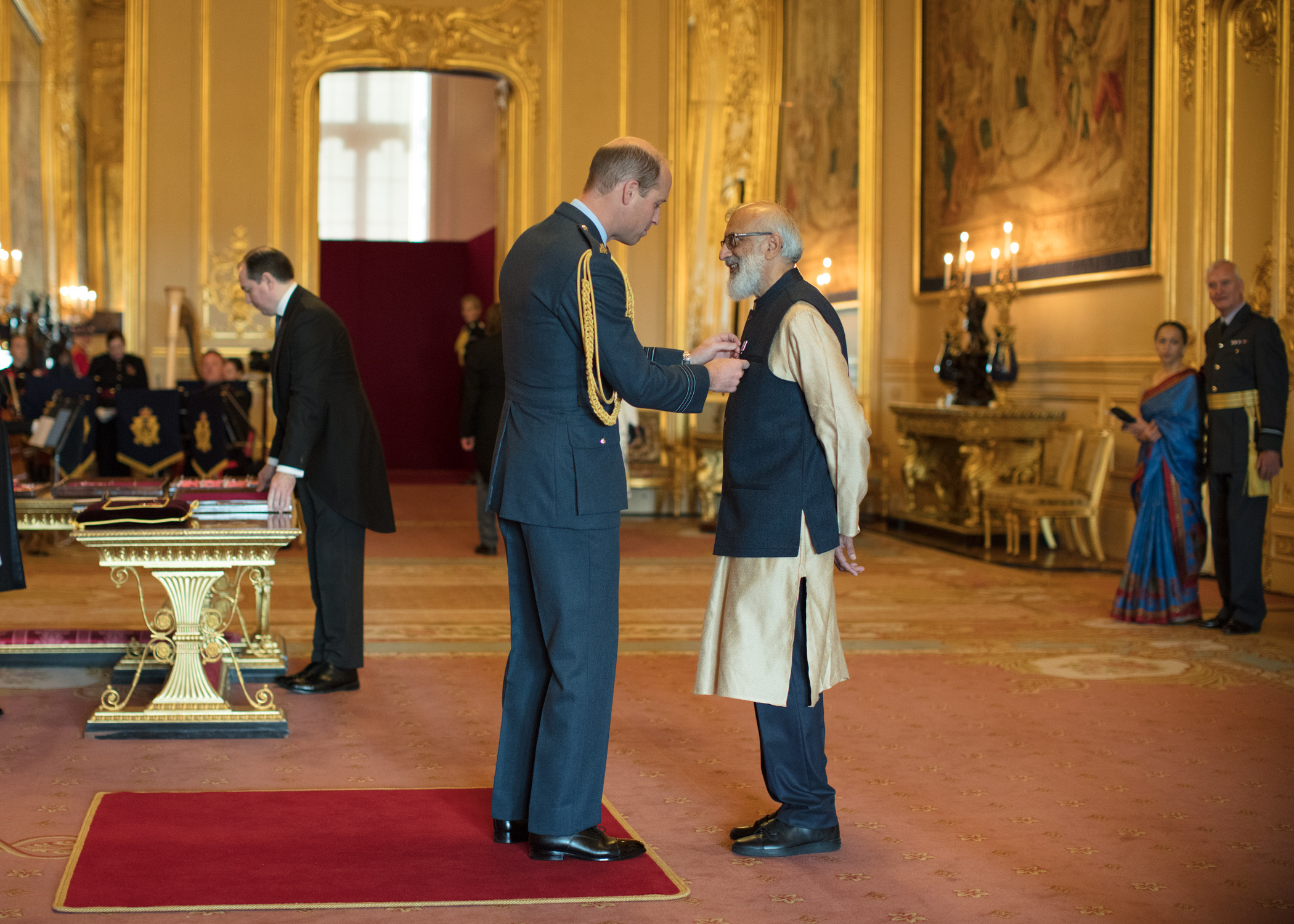 Adjunct Assistant Professor at Chinmaya Vishwavidyapeeth (CVV) Deemed to be University, Dr. Ramesh Pattni, has been awarded an Officer of the Most Excellent Order of the British Empire (OBE) for services to interfaith relations and the Hindu community in the UK. The OBE is the second-highest Order of the British Empire award and given to individuals who have made major contributions at a local level, or whose work has gained a national profile.

Dr. Pattni is a psychologist and a Hindu theologian whose research is at the intersection of these traditions. He has a deep interest in presenting the psychological concepts, tools and techniques of the ancient traditions in today’s world for psychological well-being. He obtained a doctorate from the University of Oxford, Faculty of Theology and Religion, based on his research into Patanjali’s text on Classical Yoga – the Yogasūtra, and Western Positive Psychology, comparing the phenomenology of Flow and altered states of consciousness experienced in the meditation of samadhi. He is considered an authority in Yoga Psychology based on the ancient text of Patanjali. He also has three master’s degrees in psychology, psychology of religion, and study of religion. He has carried out intensive research in Indian Psychology; Yoga psychology; religiosity and wellbeing; meditation in therapeutic work.

He is currently at the New School of Psychotherapy and Counselling/Middlesex University studying for a doctorate and works as a counsellor and psychotherapist and assists many people with mental health issues. At Chinmaya Vishwavidyapeeth (CVV) he teaches courses in Research Methods in Psychology, Indian concepts and theories in Psychology, Social Psychology in context and more.

Having dedicated much of his personal time and effort to interfaith relations in the UK, Dr. Pattni has served as Trustee of the Interfaith Network UK, founder and Co-Chair of the Hindu Christian Forum and Chair of the Interfaith Committee and the Hindu Forum of Britain (ICHFB) for which he now serves as Vice President. He is also Vice President of Chinmaya Mission, UK. He has been an advisor on many Government consultations and improved links between the government and the British Hindu community.

Dr. Pattni has worked extensively with the Oxford Centre for Hindu Studies, at the University of Oxford, guiding the public on Hindu concerns and helping deliver practical solutions for community cohesion based on Hindu Scriptures.

On hearing the news, Dr. Pattni said, “I am delighted and humbled. My sincere gratitude goes to my inspiration and spiritual guide, Swami Chinmayananda, who fortified in me the vision of service to the people as a way of life; to my parents who were themselves great philanthropists and to my wife and children who have allowed me to dedicate time and space in service to others. This award is shared with all those who have been part of my life and my work in interfaith relations and with the Hindu community.”