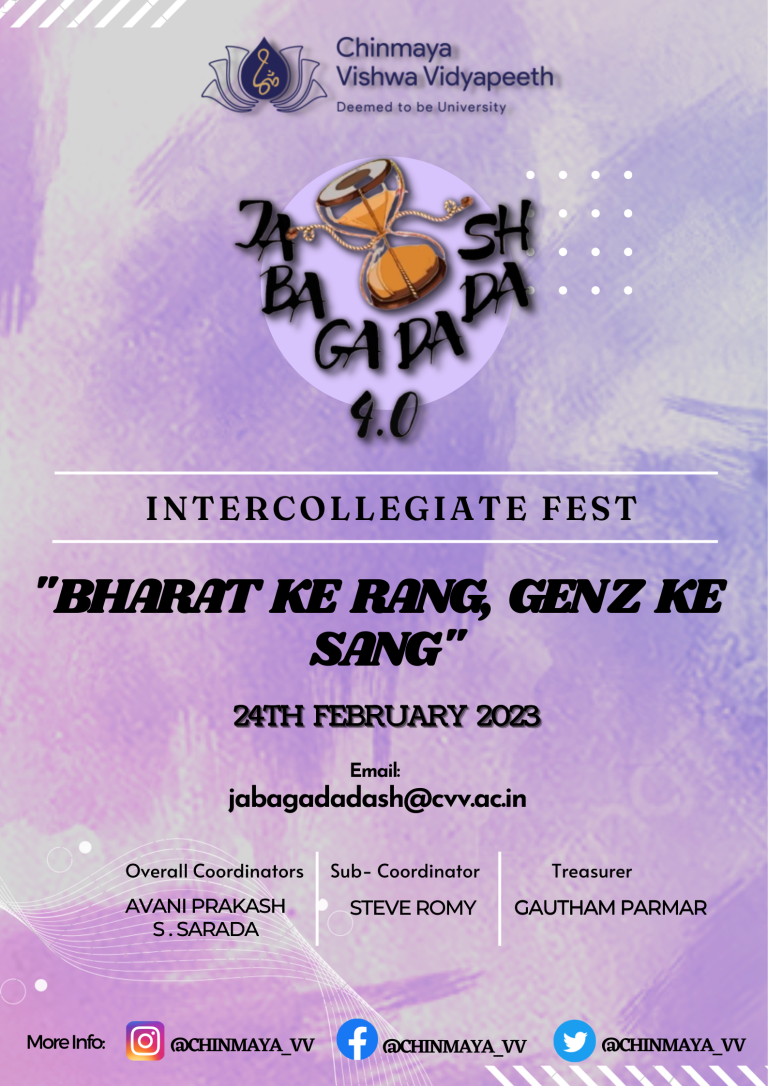 Jabagadadash 4.0 is here! This International Intercollegiate fest of Chinmaya Vishwa Vidhyapeeth will be held from 18 to 24 February 2023. A blend of thrilling events with enticing cash prizes will be conducted both online and offline, inviting participants from across the nation and beyond!

Bharat is known for its cultural diversity and its celebration. It has always been welcoming and pleasantly influenced by the cultures of other lands. Here, we will celebrate the varied, multi-layered and creative interpretations and expressions of Indian culture and what constitutes it.

Apart from being more racially and ethnically diverse than the previous generations, the children from Gen Z are also the torchbearers when it comes to creating their own meaning of the world around them which has gone by and is yet to come.

So, in this edition of Jabagadash, we celebrate the expression of oneself without any boundaries, while also acknowledging our roots, professing freedom and inclusivity.

Sorry, You are not authorized to view this file